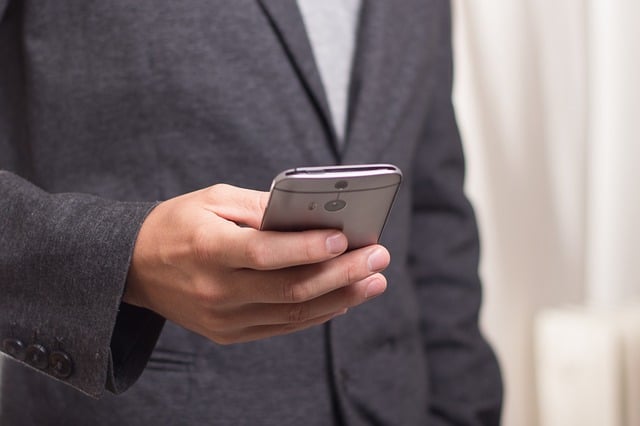 Looking for a new company phone? One of the most basic decisions you will need to make is selecting the operating system that your phones will use. An example of an operating system is Apple’s iOS, Google’s Androids or Blackberry. These operating systems are the basis of all your phone’s programs. Manufacturers are different than OS’s. For example, Samsung, HTC and LG all make Android-based phones. Keep in mind, making a choice based only on manufacturer is not very effective, whether the best way to approach it is to look at each phone based on it’s own merits, and on what OS it utilizes.

The Pros: Options and Customizations

Android-based devices are great because of the wide range of options and customizations you can make, meaning it will be more likely you find something that meets your needs, especially if you have very specific ones. The fact that there is so many manufacturers, also means there is a huge range of options. If you need to have a phone that can provide a hotspot for mobile employees, a long battery-life, a good camera for managers, or any other needs that your industry creates for you and your business. This competition also means you can get the fastest phone on the market, or the most affordable. Whether you need something with the most power as possible, or something that just takes calls and texts, the reality is that there is likely something on the market to meet your needs.

However, each manufacturer tends to have their own custom apps and overlays on top of the operating system, and sometimes an app might work on 80% of Android phones perfectly, but 10% may run it slowly, and the other 10% may not be able to run it at all. The huge amount of customization possibilities also means that if you allow your employees to pick any Android phone as their company phone, any company apps may have issues running on all of the phones. In the same way, sometimes updates for apps on the Google Play Store makes it break on certain devices. These problems were more common with older releases, but it can still happen with recently released devices as well.

These problems can be mitigated by either making sure all of the devices that you approve run the same version(all 1.6, all 1.7, etc) or all use the exact same device. But the fact that Android has grown so much, and become most popular option in the smartphone market, also comes with a lot of upsides. One of these is the fact that there is a huge app-store because of all of the users.

And though it was presented as a potential downside, the huge amount of customization can also be a plus, if you make the device choices uniform. Things like root-access, restricting what the phone can be used for, and the amount of peripheral equipment available(mics, credit card swipers, keyboards etc.). The more you rely on free and open-source apps however, the less control you will have over security. As well, many Androids can upgrade their space by using a larger SD card.

The Pros: Ease of Setup & Use

iOS-based devices likely qualify as the easiest OS to learn, the easiest to set up, and the least likely to provide problems later down the road. iPhones of course offer very little in the way of choices, though that has been getting better recently. For example, currently there are several on the market that provide at least some range. When the iPhone 6 made its debut, the total went up by quite a few. There was the iPhone 6(flagship standard), the 6 Plus(increased power and size), the iPhone 5C(the budget option, cheaper materials and slower hardware),and the iPhone 5S.

For those that are going to be tethering and running several apps simultaneously, and keeping the phone on the most recent update for security reasons, then the 6 Plus is the best performance-wise, though the flagship would get the job done. The 6 Plus is also great for those who use the phone to interface with the customer, whether it is getting signatures, displaying graphics or anything needing a bigger screen. The other choices come in the form of storage space. There is absolutely no external storage for iOS(unlike a lot of Android phones). Apple has integrated a lot of their applications to run flawlessly and natively in their ecosystem(iMacs, iPads, iPhones). This includes iCloud, solving the storage issues.

Some of these native apps have better versions that can be downloaded on the iPhone app store, such as Google Maps, Chrome and Gmail. But for those who have made their own app, the fact that their is pretty much just one type of iOS, means that it will work on everyone’s device. Unfortunately, common updates have a bad habit of breaking companies apps completely.

Overall, the hardware is respectable. iPhone’s only release once a year, so they tend to fall behind before they release the next edition. It is still fast enough for most usage though. Cameras on the 6/6 Plus are great, even the 5S has a great camera, but the 5C has a camera more like the iPhone 4 or worse.

Blackberry-based devices do not have the advantage of a huge app store like Android, or to a lesser extent over iPhone. Blackberry’s also are similar to iPhone’s in that they are all made by the same company who designed them, without multiple manufacturers. The real advantage and draw to Blackberry’s is their focus on corporate and governmental security protocols. They encrypt storage and messages and are notoriously hard to crack. These tend to not be flashy or have a huge amount of extra features though. What they do focus on however they do extremely well. If the CIA trusts them, well you probably can too if you are in an industry where security is the most important aspect of this choice.

For further OS consulting, call the experts here at tekRESCUE and stay up-to-date with our blog; we’ll be posting a new article soon to discuss alternatives and features to consider when buying a company phone.

software
Previous Post
Speed Up Your Computer: Part 2
Next Post
Need A Company Phone? Alternatives and Features to Consider