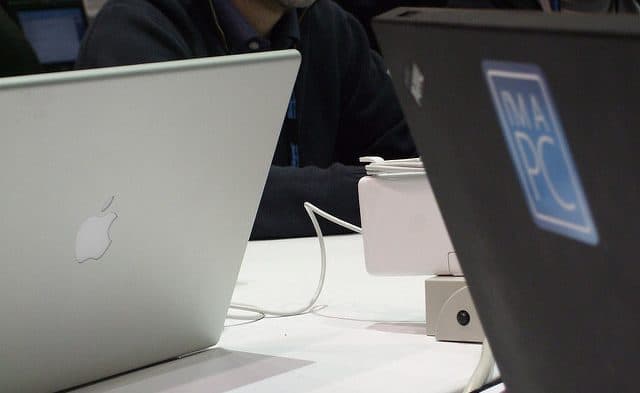 The Full Scoop on Mac versus PC and the User Experience

Since the dawn of the computer era, user preference has been a big deal. Maybe not in the very beginning because there was very little competition. However, since graphic user interfaces hit the market in 1984, computer popularity began to skyrocket. A year after Apple Macintosh released the first GUI computer, Microsoft debuted their own version of user interface experiences in the last fiscal quarter of 1985. Now that we have established the GUI masterminds, let’s look at the pros and cons of user experience. Here is where the controversy comes in!

So, whether if you’re a Mac user or Windows user, you definitely have an opinion about the one you’re not using. Polls, statistics, and other researched data place Windows at the top of every list. Some will argue that it is due to their expansive strategy, making it more available to the public. Windows is known in the technical community as an ‘All-arounder’ being that it has extensive compatibility with third-party hardware and software. Mac users get the luxury of exclusiveness and one of a kind machines. Is this a good thing? It’s time to take it to the ring and let the pros and cons of Apple and Windows duke it out!

The Ups and Downs of Apple

Apple’s reputation is a matter of subjective opinion and comes with positives and negatives, as with any other product. Studies show that Mac users are happy with their system and consider it a
lifestyle choice.

Pros:
As with any product, there will always be pros and cons to consider before making a purchase. Computers are no exceptions. How well does Apple fair?

Cons:
Surely, with all the greatness, Apple has some kind of shortcoming that makes it appear less desirable. Let’s see what they are.

Getting into PC Business

In the world of the digital era, when you ask someone what type of computer they are using, 90 percent of them will respond with a Microsoft Windows computer. This doesn’t mean PCs are better than Macs. What this means is that Windows has more accessibility than Apple. There are greater means of exposure for Microsoft products. This is related to the partnerships and contracts they hold with other manufacturers like Sony, Samsung, HP, and Toshiba just to name a few. So, how does Windows stack up against Apple?

Pros:
Available in nearly every city, PC users take advantage of how easy they are to obtain for the general masses. So what makes PCs so great?

Cons:
Where is Microsoft PCs dropping the ball?

Whether if you are PC user or a Mac fanatic, both come with a reasonable list of pros and cons. There are no right or wrong reasons to purchase one over the other. It all boils down to a matter of preference. Each PC and Apple computer have their key features to attract certain users. Make a wise decision when choosing your next computer system by doing a little research. Do not make ill-informed purchases!