Google’s Mobile-First Index: The Who and What

If you’re a business owner with a website, chances are you’ve already made some changes to your site for the purpose of ranking better on Google searches. And if you’ve been doing this a while, you no doubt know how adaptable you have to be to stay on top of all the latest changes the folks at Google make to their ranking system. The latest of these changes you may have heard of is the “Mobile-First Index”, a dramatic shift in search ranking priorities that Google has been warning for some time now.

What exactly is this looming paradigm shift, and why is Google planning to roll out such a huge change? Should you worry about it? Read on to learn all you need to know to stay on top of the next big change in the search engine giant’s ranking system.

Before we discuss Google’s ranking system, we’ll first go over what exactly we mean when we call a website “mobile-first.” Simply put, a mobile-first site emphasizes the user experience for small-screened, touch-controlled devices rather than large-screened desktop computers. Traditionally, websites were a medium developed for and viewed on large desktop screens. Even now, the desktop experience is often the optimal way a site should be viewed, with the mobile version often ending up an afterthought—a watered-down compromise for small screens.

In the case of a mobile-first site, on the other hand, mobile devices aren’t an afterthought at all. All of the designer’s thought, resources, and time go into the mobile experience, which they then adapt and altered appropriately for desktop use after the fact. This results in a site designed specifically for small screens and touch control, and you can easily tell the difference when it comes to the site’s usability on smart phones.

How the Mobile-First Index Works

Google has never been one to ignore these trends of moving towards mobile rather than desktop. It’s well known by now that for quite some time, Google has been penalizing the rankings of sites that aren’t “mobile friendly,” or aren’t easily usable on phones and other touch-based small devices. So what will be changing when Google rolls out its new Mobile-First Index?

The change lies in the content the search engine looks at when determining its rankings. Previously, Google has used content pulled from the desktop experience to rank a site, and generally ignoring the mobile experience as long as it didn’t have any glaring usability issues. Once the switch to mobile-first takes place, however, Google will completely flip the script. The search engine will ONLY take into account content displayed on mobile devices, completely ignoring the desktop experience.

What this Means for Web Developers

This might sound simple on paper, but the consequences of this decision are huge. Sites that feature their main content for desktops and treat the mobile experience as an afterthought will find it much more difficult to remain competitive in the rankings, and sites that place priority on mobile content will reap the rewards of higher rankings. In effect, Google will be putting its foot down and essentially forcing designers to prioritize mobile users.

Why is the search engine giant making such a huge push to emphasize the mobile experience? When should we expect the Mobile-First Index to roll out? We’ll be revisiting this topic to answer these questions in our next blog post, so be sure to check back later this month. In the meantime, you can brush up on your knowledge of the mobile web in some of our related articles, listed below. 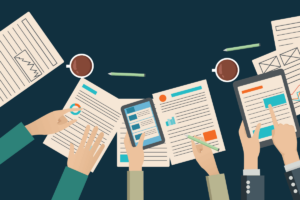 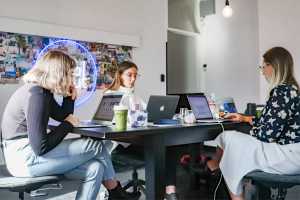 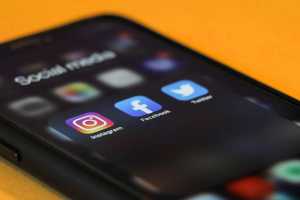